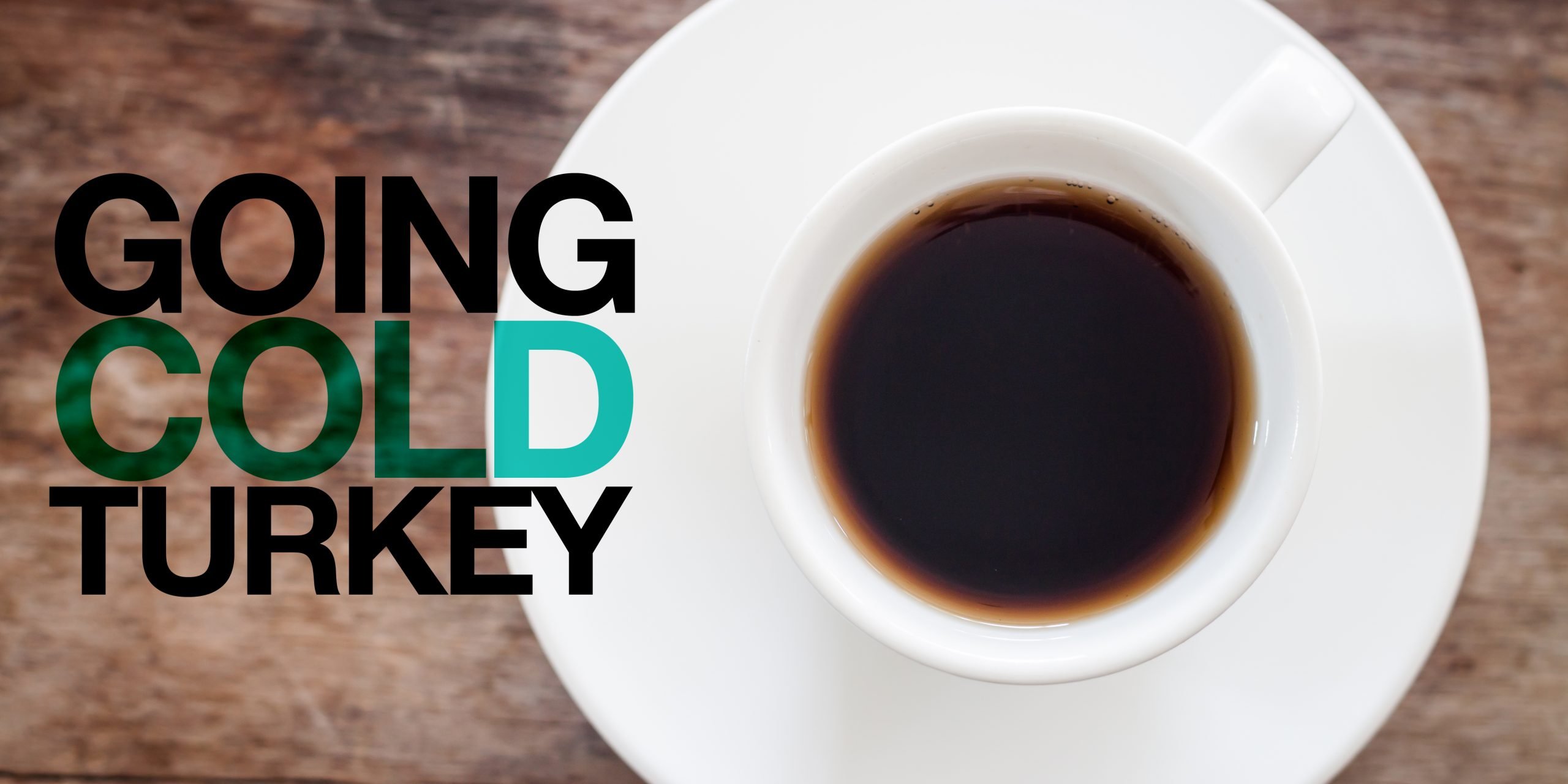 I Gave Up Coffee… This Is What Happened.

In September 2015, I decided to not drink coffee. From two to three americanos, daily, to thirty one days cold turkey.

I’ll delve into what happened, shortly after I give a tiny bit of background. I think this will add value to the outcome…

In the press, coffee is often given hero status. “Coffee is good for you”. Caffeine is “your fast-track to a flatter stomach”. Side note: whenever I read ANY article that states there is a fast-track to ANYTHING in life… a little piece of me dies inside. I digress, this isn’t about fat loss. Or societal manipulation. The point is, some say it’s good, and some say it’s bad. So I wanted to know what it was doing for me.

My reasons for the coffee fast

Another reason for my choice to ‘kick the coffee’ was that, over the past however long, I noticed my apparent ‘need’ for coffee, increasing. In the moments when I thought about coffee, I didn’t just think about coffee. I thought about how it would help me on my journey to work. I thought about the energy boost it would give me before recording a podcast. I visualised how the warmth of the coffee matched the smooth texture of the added cream… perfectly. Lastly, and most worryingly, a mere glimpse of the maroon coloured Costa coffee sign released a irrationally disproportionate amount of serotonin into my bloodstream. Coffee had become my partner-in-crime and I was depending on it, in the hard times, more than I probably should.

“Ha, good luck with that” was the response I received when I announced my quest to friends and family. For some reason though, I find the process of ‘sticking with a plan’ relatively easy and for that reason, right off the bat, I knew commitment to the cause wouldn’t be a problem.

I had also read that, after a few days, a coffee fast can result in common withdrawal symptoms, such as: headaches, lethargy, hating the world and everything in it, etc etc. I didn’t feel this though. Maybe my coffee consumption wasn’t as bad as I thought?

But, I did notice one change…

I need to interject here and say that what I’m about to write is based on MY feelings. There are studies that give some supporting logic to these feelings, but I am basing the theories and findings on how I felt at that particular time. The problem with using feelings as a marker is that feelings can be altered by many different things. I might ‘feel’ more tired on a certain day, but that might have been because I didn’t sleep quite as well the night before. Clearly, it would be incorrect to blame the lack of caffeine in my system for this, if that were the case.

That said, I do feel (there’s that word again) that my awareness is at a level that does offer some value to myself and this experiment.

So, here’s what I noticed…

You know those times, often at a particular part of the day, when you feel like the body and mind is giving up? The times when there’s a increased need to yawn and energy levels have hit the floor? Well, after my experiment, in my opinion, coffee makes these times a lot worse.

Don’t get me wrong, there were times I felt tired during the coffee fast, but these times felt much more manageable. Especially as time went on.

Science can help me understand why this post coffee slump exists and why removing coffee seemed to improve it. For this, we need to consider what the heck caffeine actually does and the relationship between caffeine and a molecule that exists within the body called adenosine.

In simple terms, adenosine’s existence in the brain causes us to get sleepy. The adenosine receptors, in the brain, are on the lookout (so to speak) for a rise in adenosine. Adenosine is the byproduct of energy conversion in the body and therefore, across the course of the day, as more energy is used and converted, the levels of adenosine stack up. This rise in adenosine increases the amount of instances in which it ‘hooks up’ with a receptor, and the brain is encouraged to hit the sack. Take my word for that or head over to the brilliant article from Lifehacker at the bottom of this post, which explains it in more detail.

The issue is that the receptors can confuse adenosine molecules for sneaky caffeine molecules. Whadda mistaka to maka. With one of the body’s natural suppressants (the adenosine receptors) blocked by caffeine, the ‘party chemicals’ dopamine and serotonin come marching out in full force and life is amazing (albeit for about two hours). In other words, caffeine doesn’t directly stimulate the brain, it blocks the molecule that suppresses it.

But how does this create the mid afternoon slump I was talking about?

There’s the suggestion that the feeling of sleepiness associated with the afternoon crash is caused by an increase in adenosine receptors. The brain did a great job of creating tons more of these when it was under attack from the mighty caffeine. As caffeine leaves the system, adenosine starts making its way back home and we begin to feel tired.

Similarly, studies also point toward the fact that, during a caffeine invasion, the brain also upregulates receptor sites for dopamine and serotonin to deal with the increased production. Once the caffeine has come and gone and dopamine and serotonin levels have decreased, there’s a whole bunch of receptors crying out to be filled. Welcome to depression town. This imbalance supports the whole what-goes-up-must-come-down expression and, in turn, the weary human is left crying out to the Starbucks barista for the eighteenth time that day.

The future for me and coffee

You could say that slightly reducing the effects of an afternoon crash, is a minimal benefit especially given that having a zero tolerance approach to coffee shops is a fairly huge lifestyle choice. But, I wonder how different I would feel if I removed caffeine, altogether, over a much longer period.

It’s no surprise that, all told, it appears caffeine consumption is just another one of life’s balancing acts. Our coffee culture makes it ‘cool’ and sociable to drink coffee, but, seemingly, ODing on the old rocket fuel can have a detrimental effect on other aspects of our life. I aim to enjoy coffee once or twice a week in social situations, but will try to avoid using it as fuel to make it through the day.

Ironically, during the writing of this post, I have ‘slammed’ the first two americanos since the fast as a bit of a, post-experiment, experiment. It’s safe to say that I’m feeling pretty pumped about this post, and life in general. I’m also anticipating the fall-out in a few hours time… so wish me luck.

I’d love to hear if you are managing your caffeine intake in any way or if you are, indeed, happy living the caffeine rollercoaster? Please continue the conversation on my Facebook page.