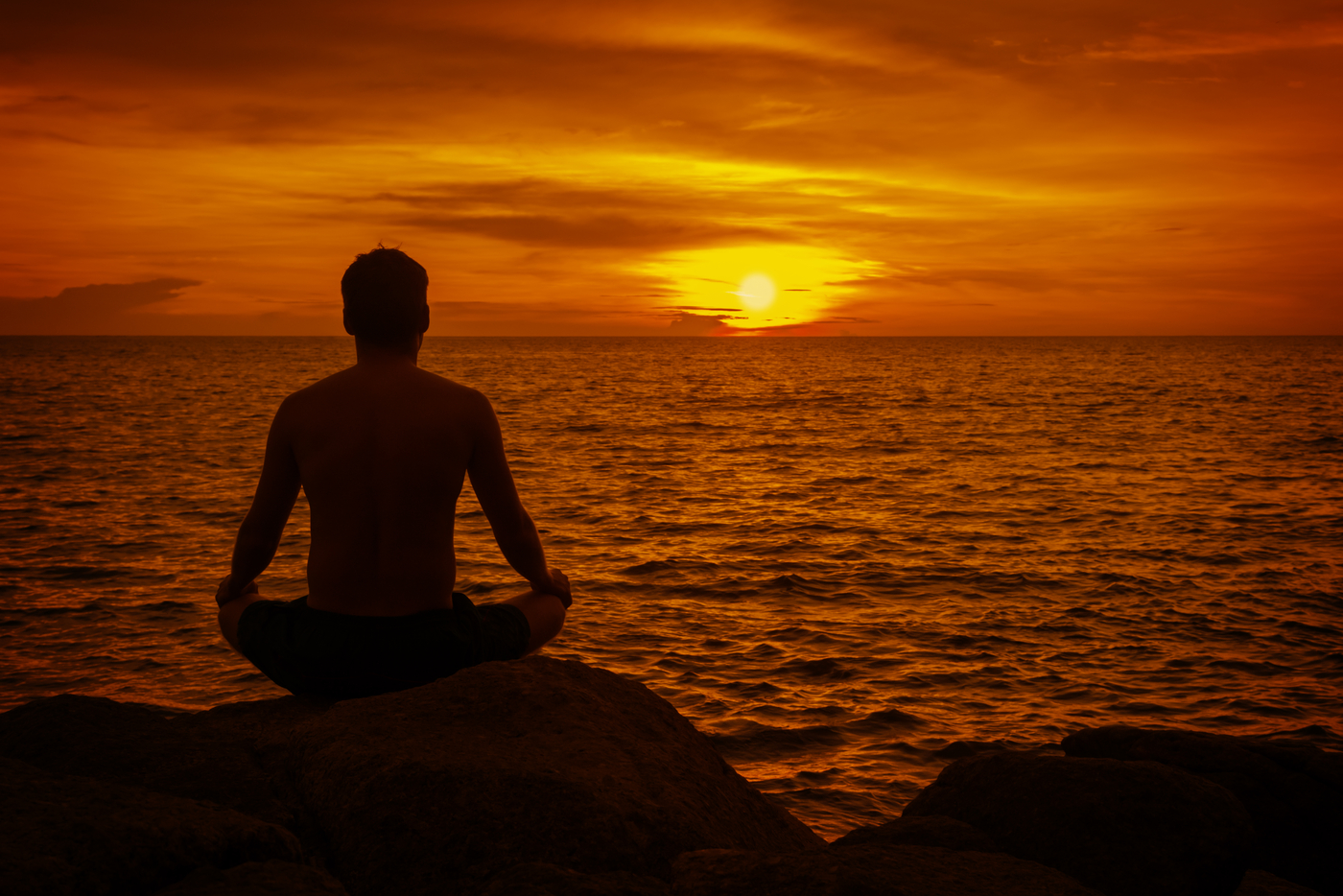 Why I Meditate… It Might Not Be Why You Think.

This is a post for anyone who thinks meditation is a bit strange. It’s for those who have an ever increasing urge to find out more about it, and for people who have had, or are currently having, similar experiences as me.

You probably don’t need me to tell you that, in the past, meditation has a bit of a social stigma attached to it. And, although we shouldn’t care what others think (see obligatory inspirational quote below), if truth be known, I for one don’t want the ‘lads’ to think I’m a ‘freak’ if ever I go for a quiet sit down.

“The unhappiest people in this world, are those who care the most about what other people think.”

It seems that for a long time meditation has been something practiced by ‘those’ people. You know, ‘different’ people. But, in more recent years, there have been numerous reports of the world’s leading entrepreneurs attributing their success to consistently bagging some daily ‘me’ time which has given it some positive renown. I personally think that in a few years, meditation and mindfulness groups will, in some way, take the place of gyms. An activity that everyone knows they should do, but are only motivated to do when things get really bad. Or just after eating way too much chocolate at Christmas.

I could delve into the origins of meditation and the studies that prove or disprove certain aspects of its practice and benefits, but I won’t. If you google the words ‘origins of meditation’ you’re likely to find tons of information on religions and philosophies… specifically Hinduism and Buddhism. Both of these communities are said to have been the first on the scene as far as meditative practice goes.

Regarding its application, over the years, things have been altered slightly. How you sit, to chant or not to chant, and whether or not you need to think of naked women playing violins in heaven, are all variables that have developed according to geographical location and religion. Nowadays, it seems the best part is that, for a newcomer, there isn’t really a right or wrong way of doing it.

The benefits range from spiritual enlightenment (you basically become a wizard with a higher wisdom of life), to just having more peace and contentment on a daily basis.

For me, in my current stage of spiritual enlightenment and mindset, I have my own methods and reasons for engaging.

Everyone has a story, I know. But, if you’re anything like me, life is mental. Figuratively speaking. Managing five businesses, the iPhone app notifications (Facebook, Whatsapp, ahem… Crossy Road etc), working out, eating properly and trying to salvage some sort of social life… the mind is constantly being put through the mill.

The world we live in today has so many opportunities, it’s just that it’s said the human mind is having a hard time keeping up with the recent increased demand. You see, back in the day when we lived as cavemen and cavewomen, we had an in-built system that clicked ‘on’ when we had to flee an oncoming lion. It switched ‘off’ when it was time to eat or embrace in sexy time. Scientists call it the sympathetic and parasympathetic nervous system, respectively.

The problem is, these days, our brains have a hard time distinguishing whether the danger has come from a lion or an abusive email. Or the fact that we’re late for a meeting. Or, if someone has slagged us off on Facebook. We have metaphorical lions coming at us from all angles and as a result the body fires up the stress response and a hormonal cascade ensues.

The positive from this situation is that these modern day lions are unlikely to tear someone’s face off… immediately. The downside is that prolonged sympathetic nervous system activation will gradually bring the caveman down. It may start with one of those “tired days”. It may reappear as a cold. In the long term, it may develop into something a lot more nasty.

For me, it started as a scheduled appointment to give the mind, and ultimately the body, a break. Since then, it has evolved into increasing my everyday awareness and, in turn, encourages me to make positive lifestyle choices.

If you’ve never consciously considered mediation before, you most certainly have without knowing it. All those times when you are midway through a summer holiday and you hear yourself say “I really needed this”. Unknowingly, your thoughts have been taken to calmer place and the body has reaped the rewards.

There are studies on how the brain adapts to consistent meditation and mindfulness practice, but let’s be honest, you don’t need to be a brain scientist to work out how you would feel after taking a holiday EVERY SINGLE DAY of the year.

My logical mind loves that meditation (or ‘brain training’ as I used to call it) is being backed by more scientific studies, as it satisfies my current (albeit unnecessary) need for explanations. That said, I am increasingly open to and excited about the illogical and unexplained benefits received from taking ten minutes out of the day. Some may refer to this as ‘Steve’s getting a bit spiritual’.

It turns out that understanding and accepting that you don’t know everything about the world and our existence is quite a peaceful mindset to live with. But, I appreciate the ‘lads’ will definitely think I’m a ‘freak’ after that last sentence, so I’ll steer clear of that subject for a while.

Next week, if this is well received, I might post exactly how I meditate. In the meantime, check out my chat with mindfulness guru Claire Kelly where she outlines all this and more…

As always, I’d love to hear thoughts and experiences. Please leave me a message on Facebook or wherever works for you.